In Depot Project #05 - Details in the texture

Lately I was busy, so this post comes with some delay. So without further due let me share with you the next steps.

In my previous post I talked about how I generally approach texturing and also briefly touched the topic of materials. Now let`s dive into these a bit more.
When you do a project in a game engine and work with a workflow like PBR it is really important to test the textures and setup a basic material in the engine as soon as possible. In my projects usually this is why I have a First texture pass, master material setup in game engine phase. When I do texturing I tweak the textures and the lighting together and try to synchronize them so they can work together. For the sake of project tracking I separated these in different phases but they are connected. So they have to be handled together.
This workflow is all about lighting and how the materials react to the light. If you do not get the basics right from the beginning the whole thing can easily fall apart and you can not create a certain look (meaning the metal surface feels like a metal surface) or create believable materials. For instance it can happen that  for the first try the textures on the object looks too dark. A common trap is that you crank up the light intensity to get more light and make the object look brighter. But this can result that your whole scene will get too much exposure and you get a blown out image. Instead, check if:

In most cases this can solve the issue but of course small tweaking in the lighting itself might be needed too.

After the first pass I take a short break to clear up my mind. Looking at the same thing over and over again can cause you miss something. So I after the break I look at the whole scene again to identify what has to be changed or what is wrong. Based on my observations I did the following changes:

When you texture an asset you have to take into consideration not only the scale of the model but its function, where it is placed in the scene and what story you want to tell with it. All these together should be represented by the texture. In the followings I share my general approach for texturing an asset. 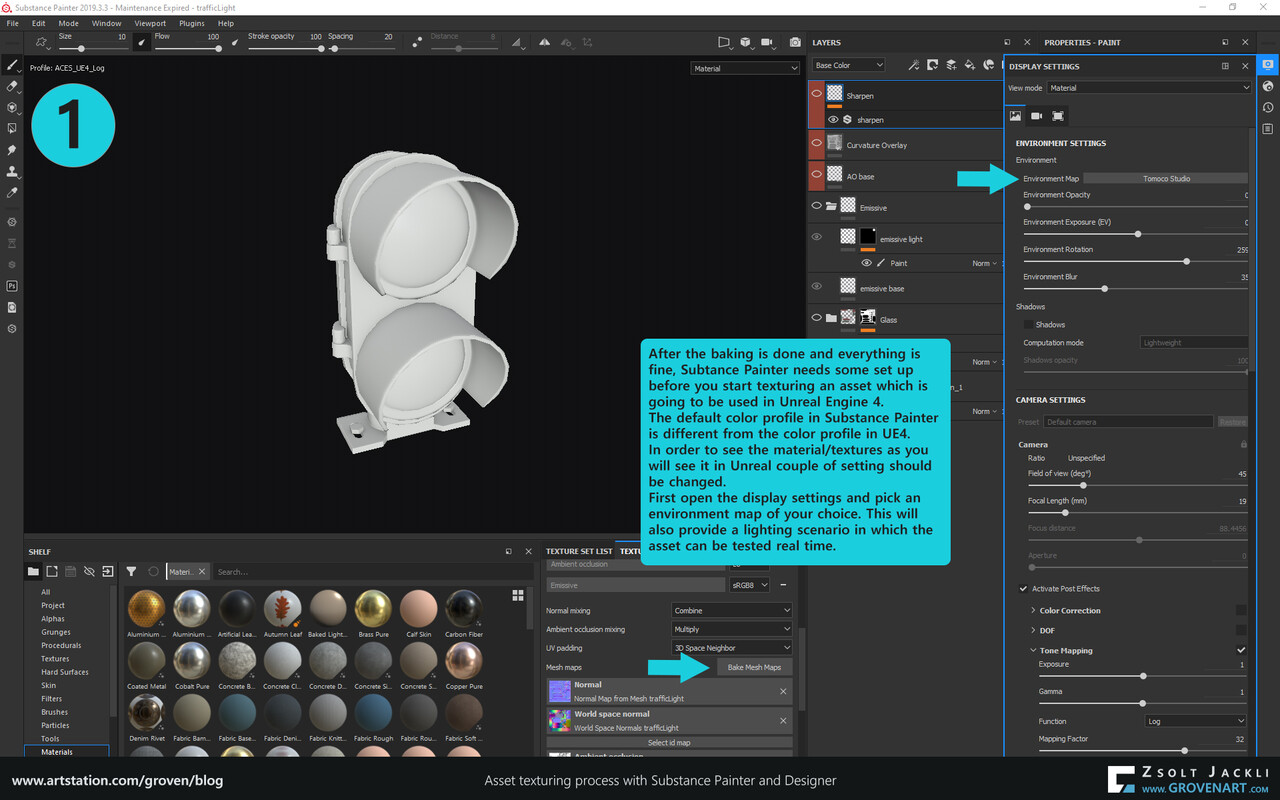 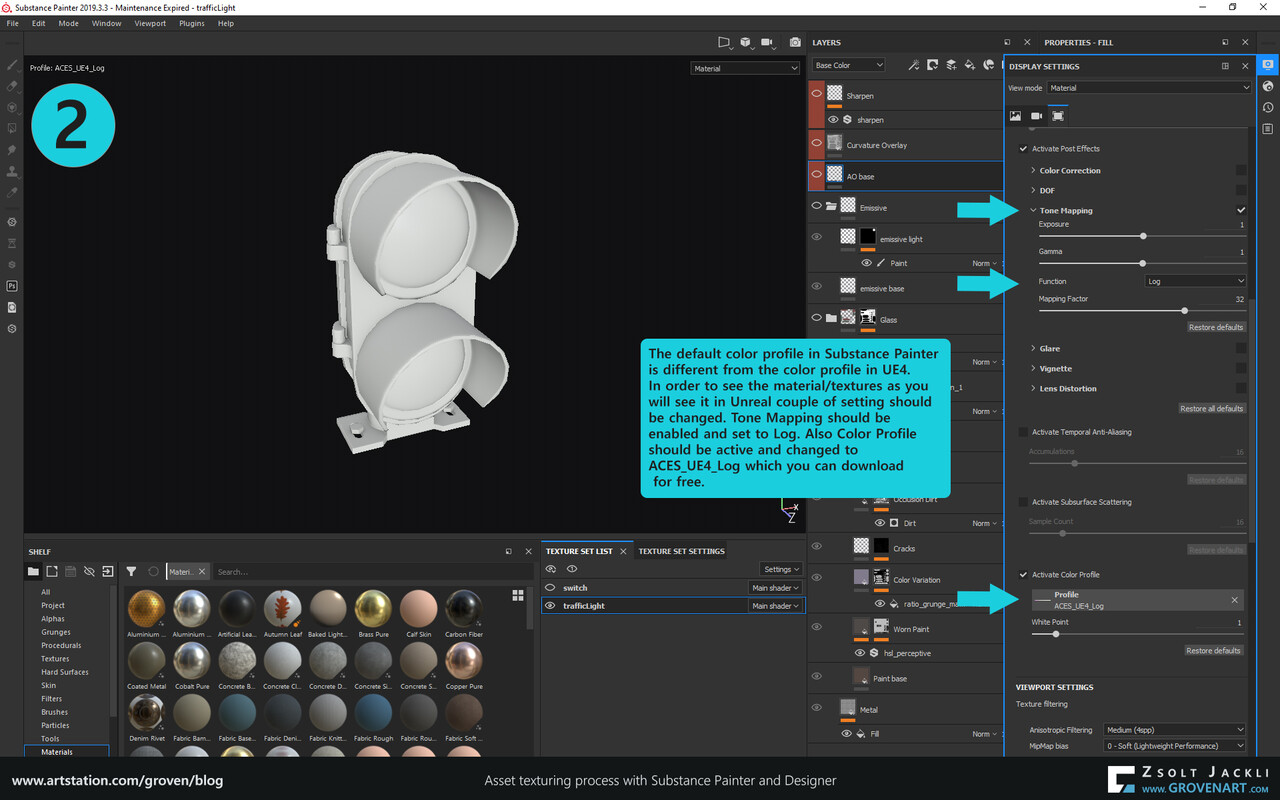 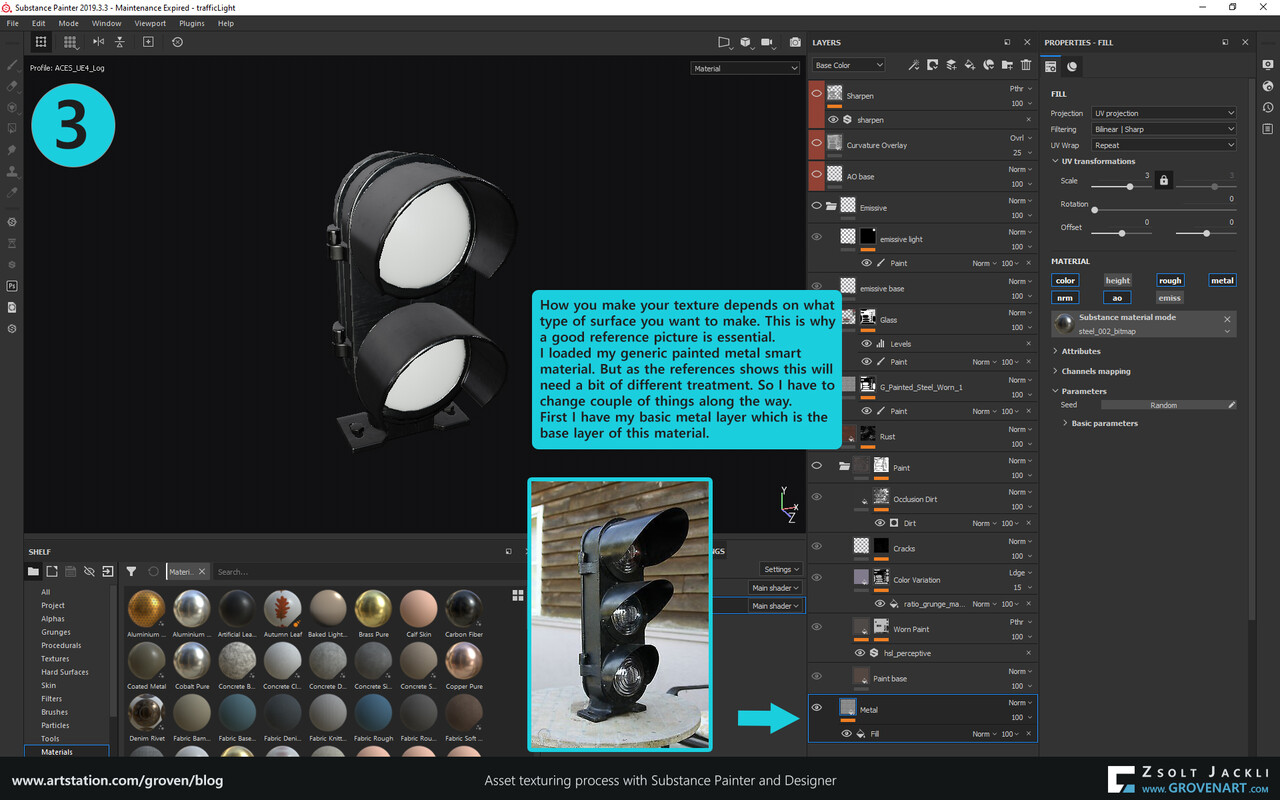 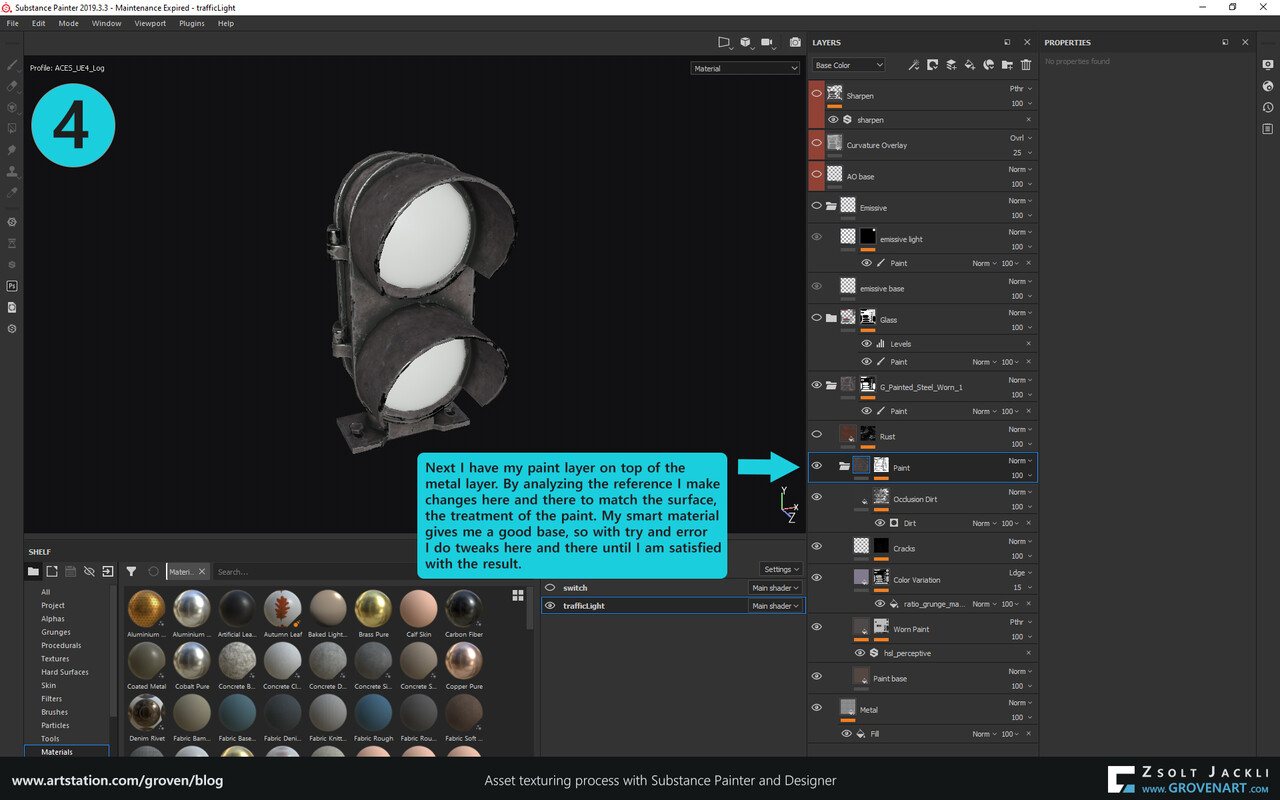 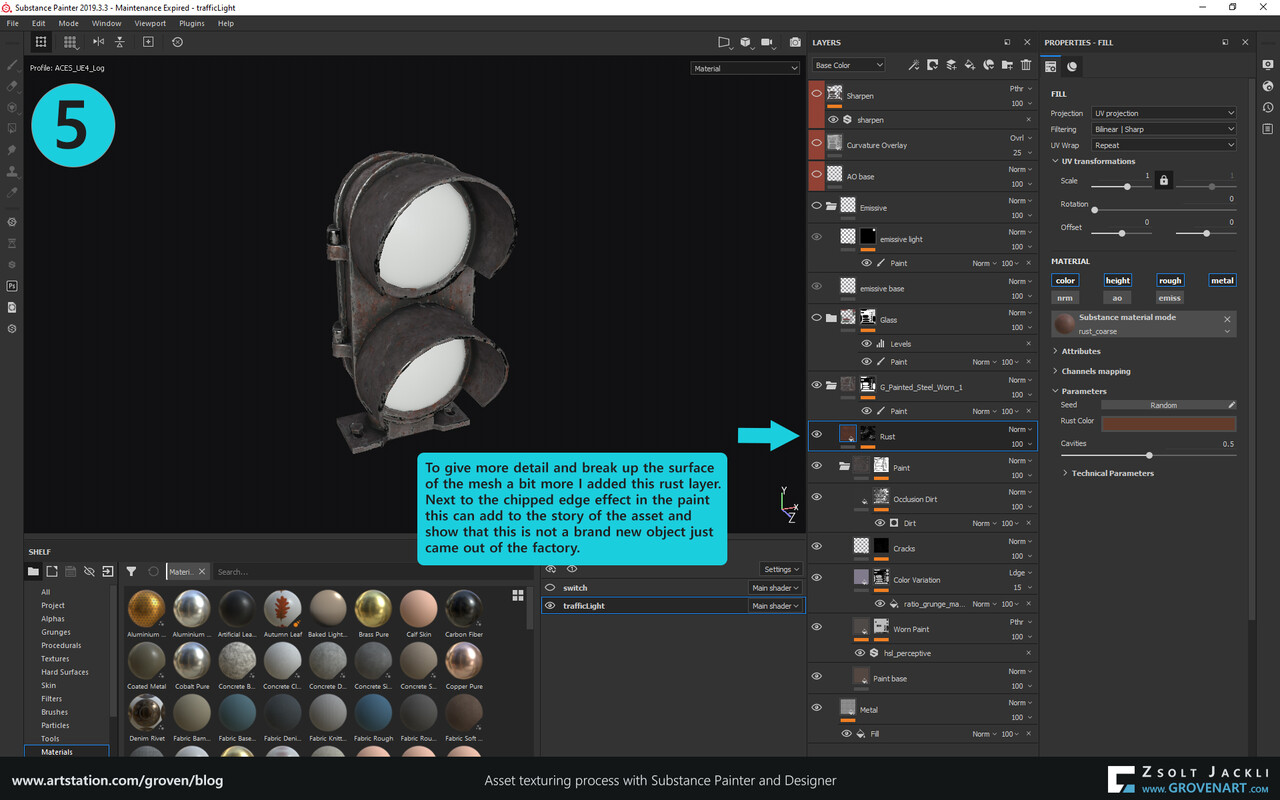 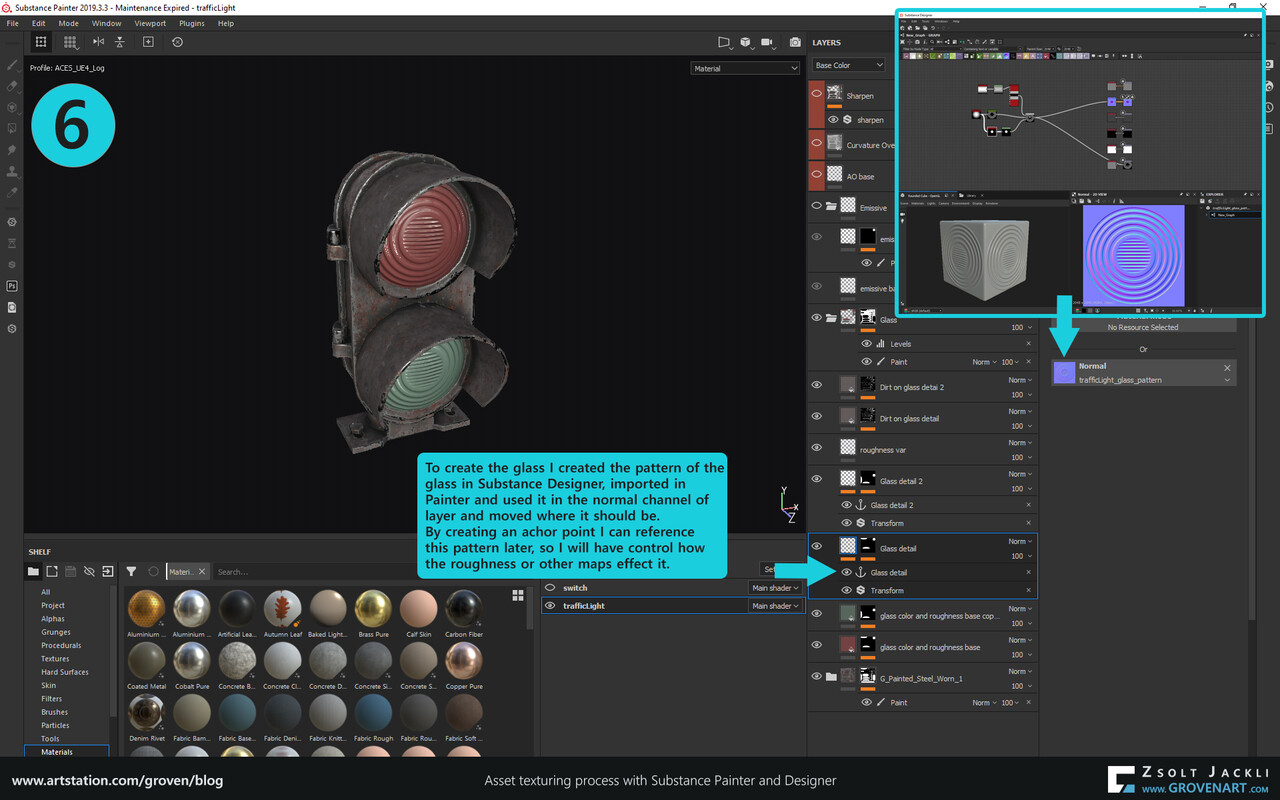 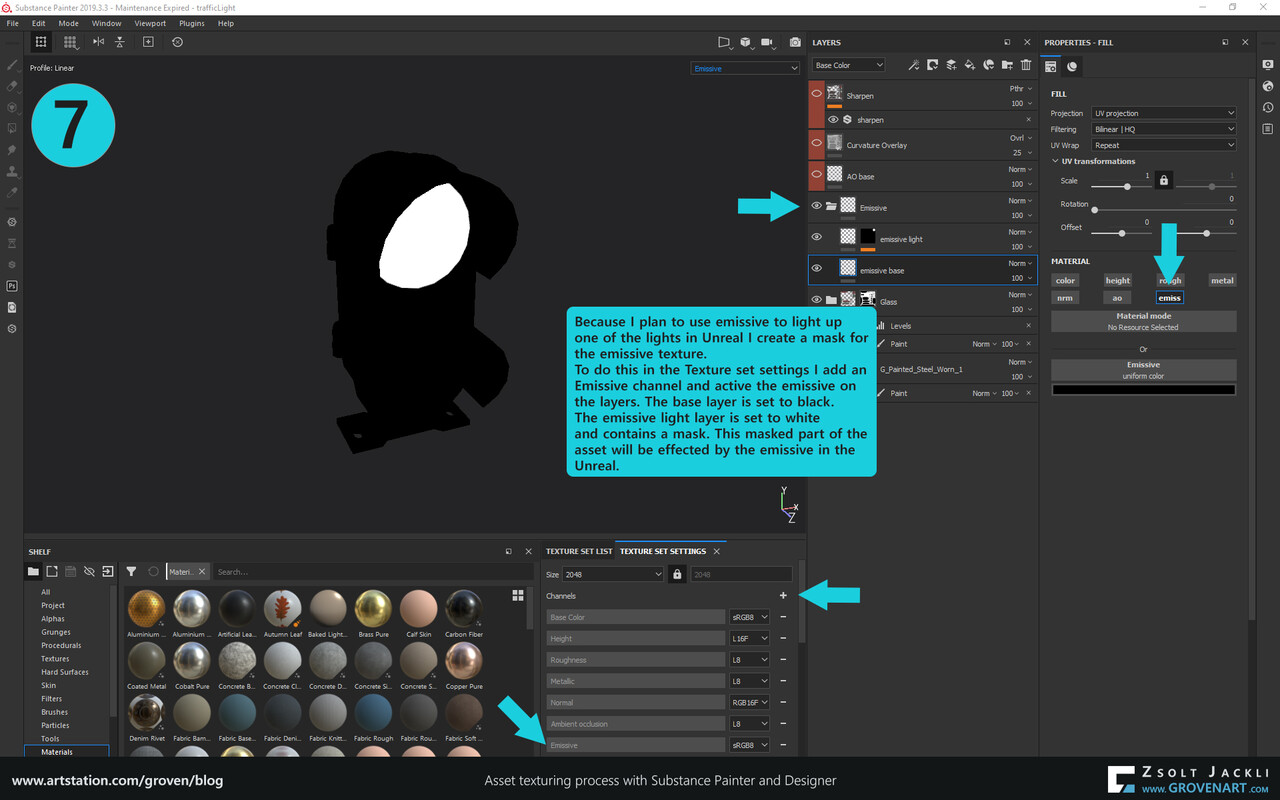 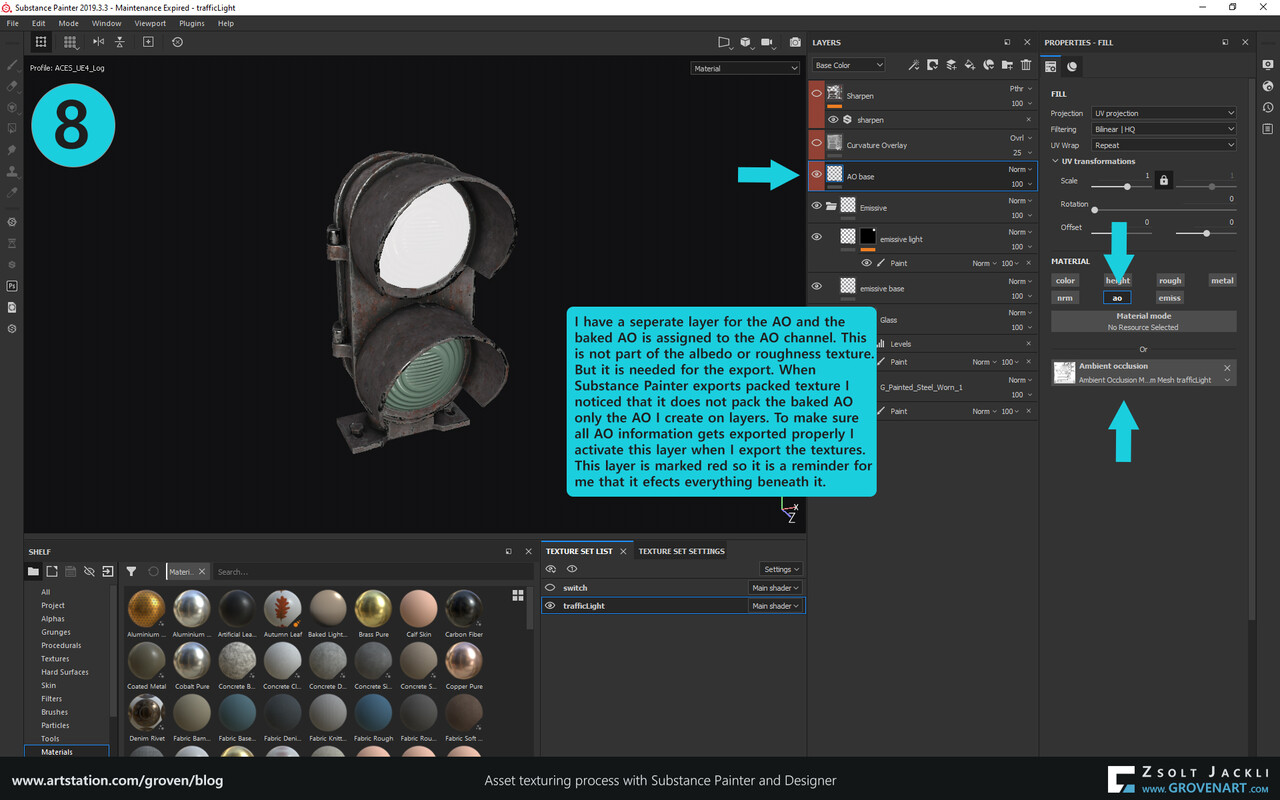 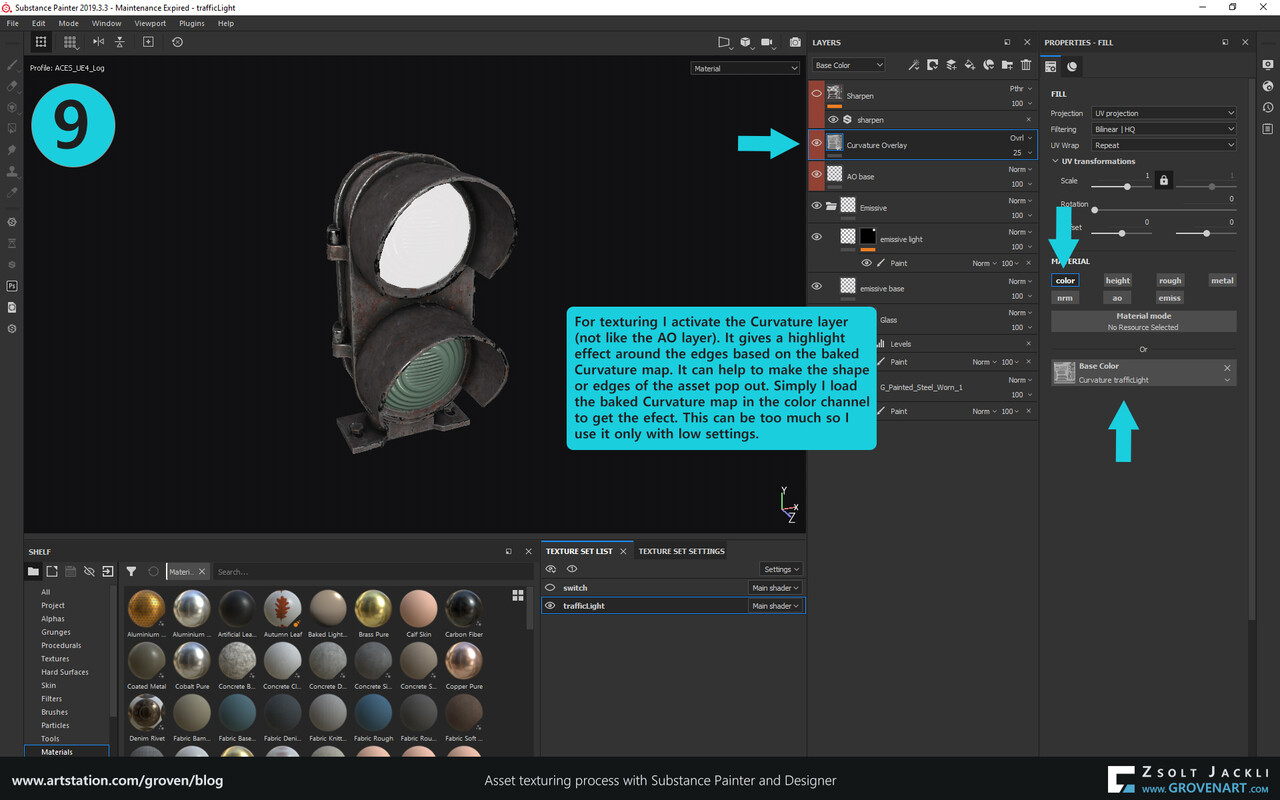 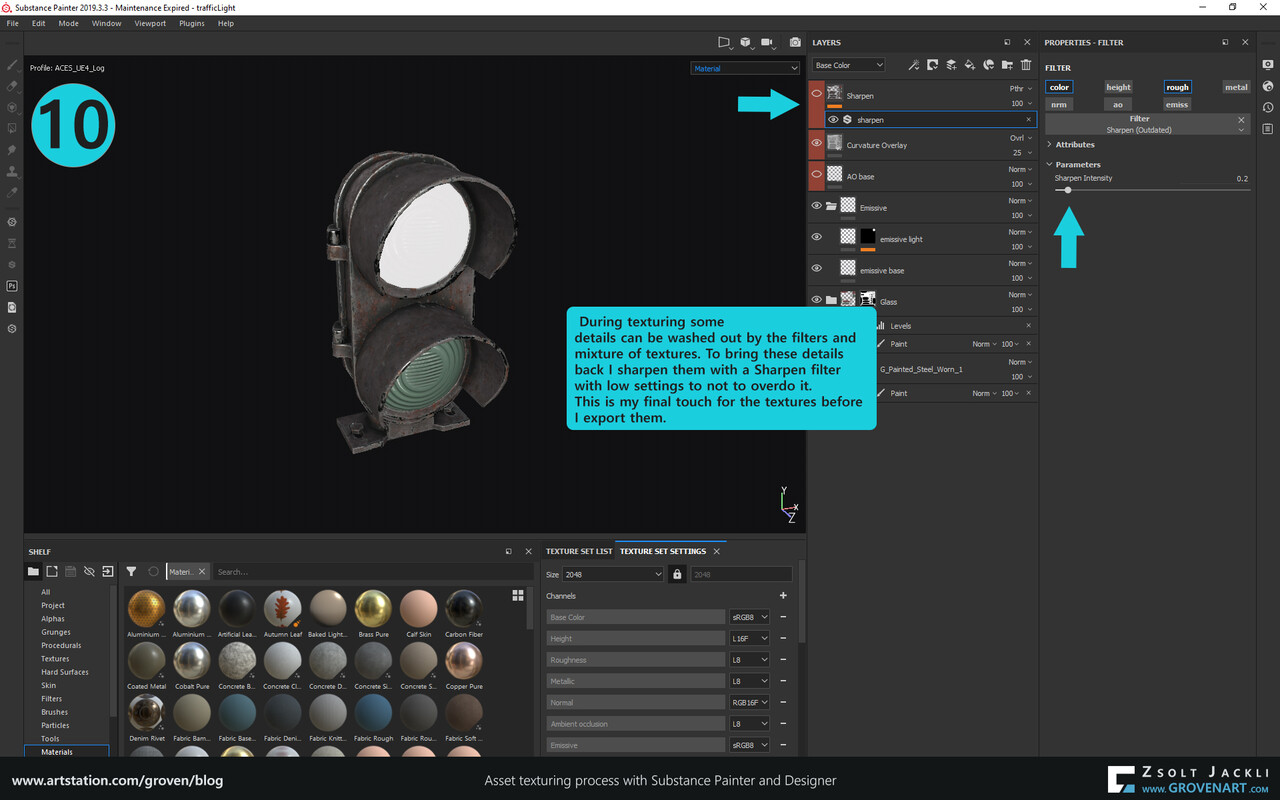 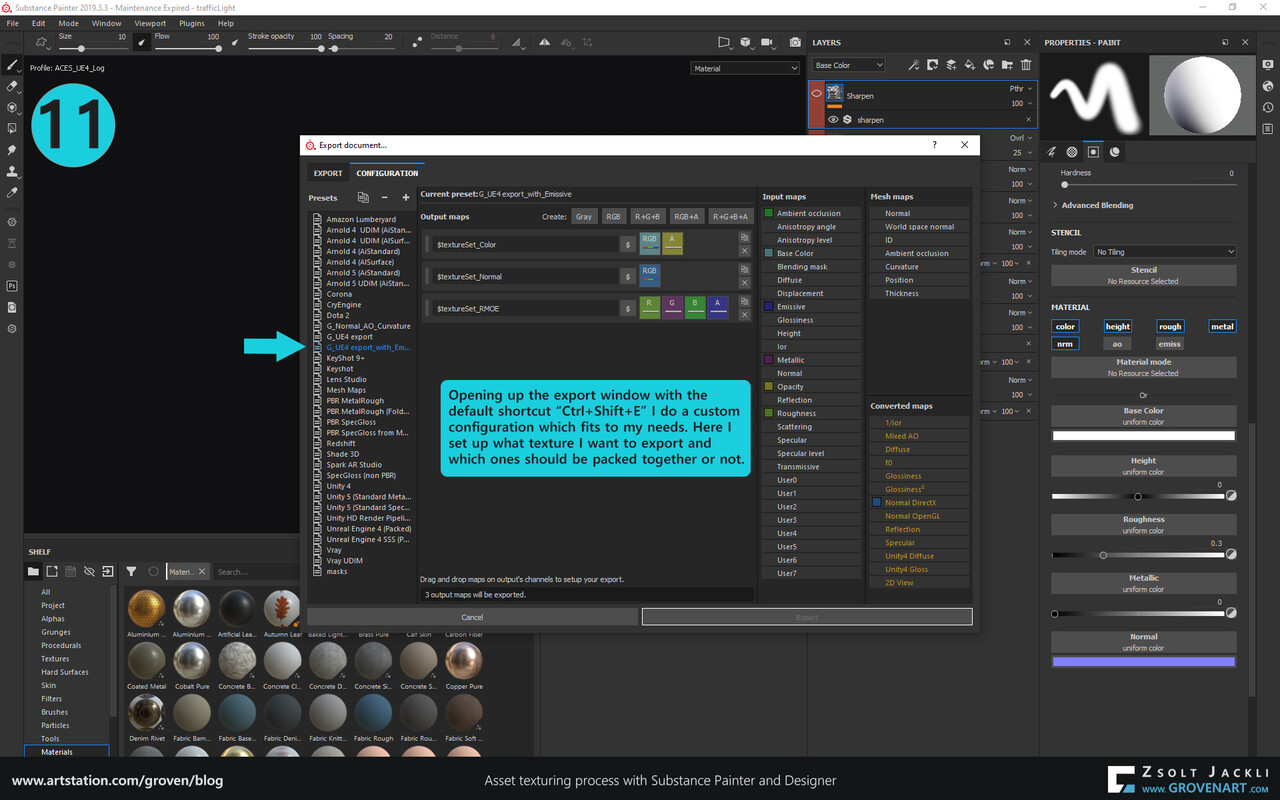 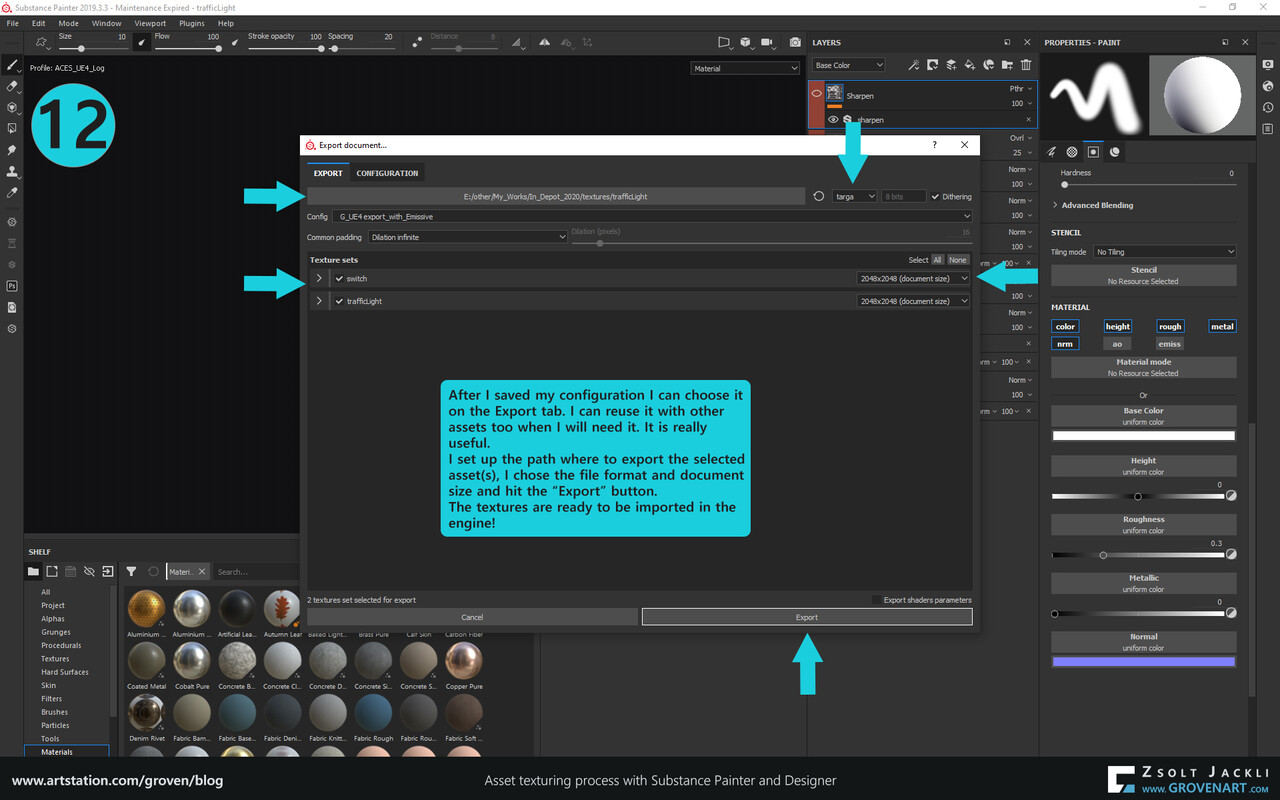 This asset I used as an example above looks rather clean. I mean there is not too much dirt or dust on it. The reason for this is I add a dust layer  with the material in the engine.

Stay safe! See you next time!